After 15 years of industry experience working in the e-commerce marketplace, Refund Sniper was founded began noticing something a little off within the space. While more sellers were turning to Amazon to handle their business, more inventory seemed to be getting lost in the process. Upon further investigation, we discovered that while Amazon was no doubt a great platform for sellers, there seemed to be no rhyme or reason as to how they accounted for inventory. In an effort to fix this, this began analyzing the current data and writing various code and algorithms to address it. Once he found the correct solution and the technology was in place, Noah and his team began aggressively filing claims with Amazon for discrepancies in FBA inventory, and lo and behold, it worked!

Eventually, friends asked us to run our algorithm on their inventory, and that worked too. That friend turned into another friend, which turned into a friend’s brother-in-law, which continued turning and turning until eventually, we had a full list of clients we were now supporting. Refund Sniper was formed shortly thereafter and the company has grown into thousands of accounts, and a full team of analysts. Millions of dollars recovered later and they haven’t looked back.

Over these past few years, our team has worked diligently at improving Refund Sniper, painstakingly refining the algorithms, investing in technical infrastructure, expanding the technology, and offering to all Amazon platforms, helping hundreds of sellers make sense of their Amazon inventory while reclaiming millions of dollars in reimbursements in the process. 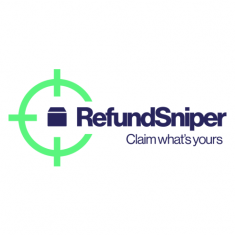 Refund Sniper is the ultimate solution to make Amazon accountable for every item you sell and every dollar that is owed to you in Audits. Don’t Seller yourself short.

Mention “Elite Seller” to get a special promotion only available through them.